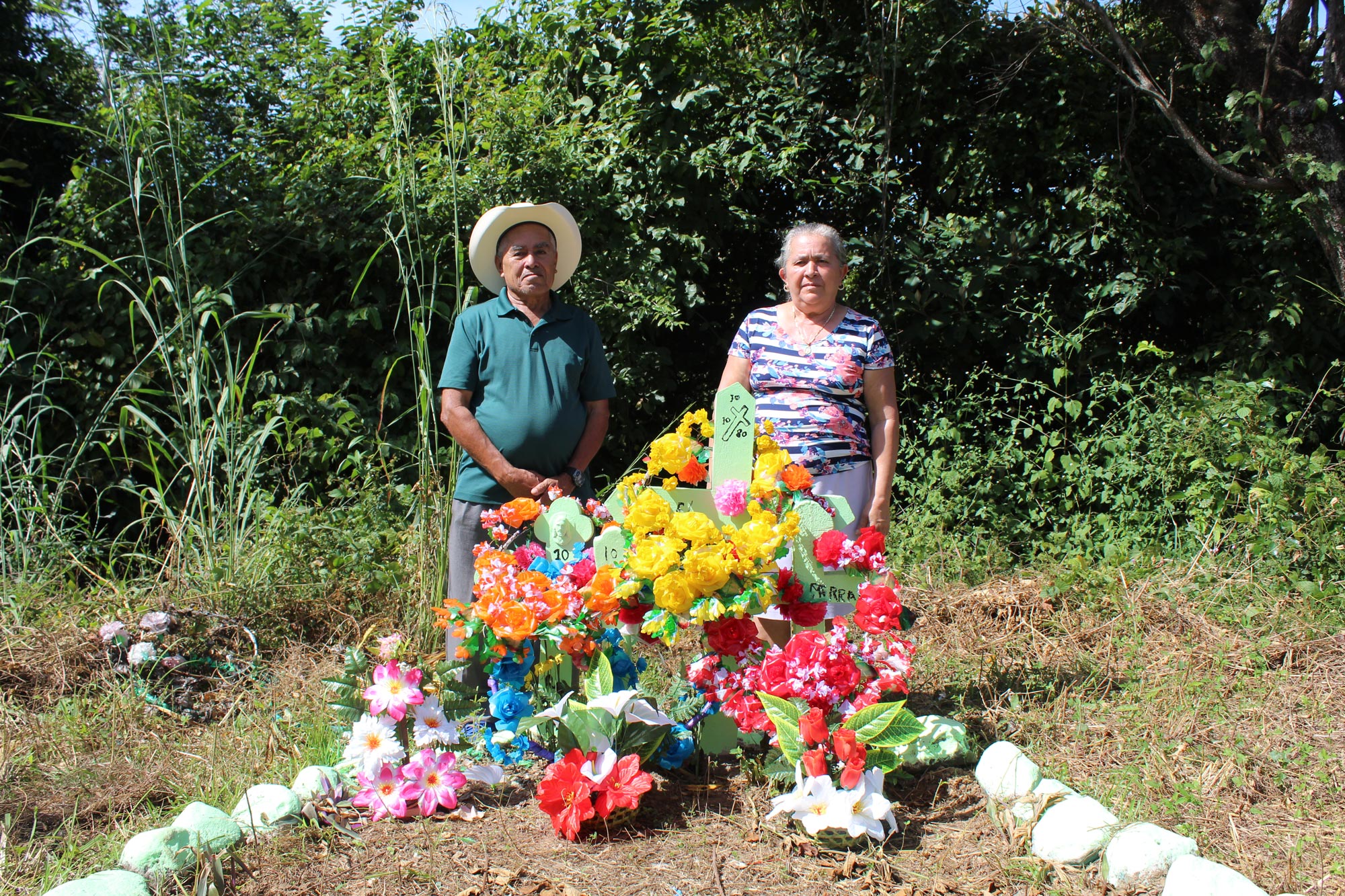 The Chalatenango Massacres documents the crimes committed by the Salvadoran army and paramilitary groups against peasant communities at the outset of the country’s Civil War (1980–1992).

The objective was to gather the testimonies of the massacre survivors, and to understand their personal accounts in the context of systematic actions of violence. Walking with them to the massacre sites was an opportunity to explore their intimate journeys: how they travel in time to retrieve memories and how they articulate and re-signify those recollections into political commitment.  The research was based on conversational methods, dialogue and collaboration. Our work is the result of listening to what the community of survivors wanted to communicate. They expressed their interest in raising public awareness of these events, to prevent something similar from happening again.

There were more than 60 massacres in the period from 1979 to 1992. What we documented are just some of the cases.

The project will be presented to the public in 2022, in connection with the 30th anniversary of the peace accords that brought an end to the war in El Salvador.